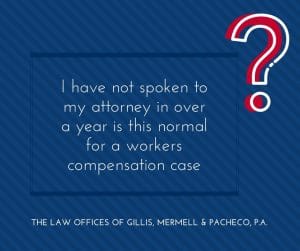 Over a Year without Speaking to My Attorney

Mr. Mermell replied to this AVVO user’s question. Apparently, he had lost contact with his attorney, and had not spoken to him for over a year. He needed guidance as to what to do next regarding his ongoing health situation. Here’s Mr. Mermell’s response: 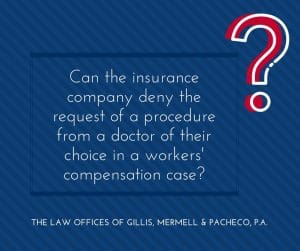 Can Insurance Deny Request of Procedure

Can the insurance company deny the request of a procedure from a doctor of there choice in a workers compensation case.
Doctor wants to do a lumber epidural steroid injection. The doctor is not a work comp doctor but is our second opinion doctor, but of their choice. 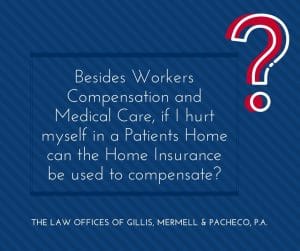 Hurt at a Patients Home

Besides Workers Compensation and Medical Care If I hurt myself in a Patients Home can the Home Insurance be used to compensate? 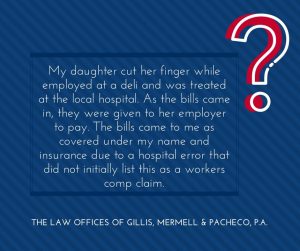 Is an employer responsible for medical bills for a work related accident if you no longer work there?
My daughter cut her finger while employed at a deli and was treated at the local hospital. As the bills came in, they were given to her employer to pay. The bills came to me as covered under my name and insurance due to a hospital error that did not initially list this as a workers comp claim. 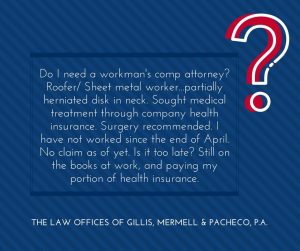 Do I need a workman’s comp attorney?
Roofer/ Sheet metal worker…partially herniated disk in neck. Sought medical treatment through company health insurance. Surgery recommended. I have not worked since the end of April. No claim as of yet. Is it too late? Still on the books at work, and paying my portion of health insurance. 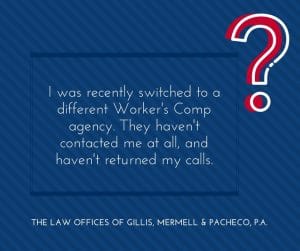 I was recently switched to a different Worker’s Comp agency. They haven’t contacted me at all, and haven’t returned my calls.  I’ve been on WC for almost a year, and the 1st company was cool. But they switched me to CorVel Corporation at the beginning of June, and 3 calls and one email later, no one has gotten back with me. I was calling because my paycheck was incorrect, and the first company issued it but said the second company was responsible now. T 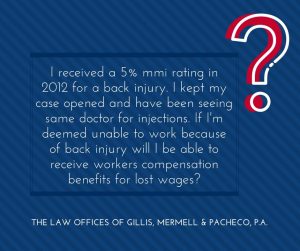 5% MMI rating due to back injury

I received a 5% mmi rating in 2012 for a back injury. I kept my case opened and have been seeing same doctor for injections. If I’m deemed unable to work because of back injury will I be able to receive workers compensation benefits for lost wages? 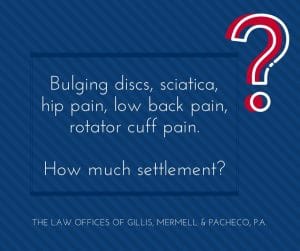 An Avvo.com Q&A user asked: Bulging discs, sciatica, hip pain, low back pain, rotator cuff pain. How much settlement?   Our response If your are still in agonizing pain and have all of those injuries, my recommendation to you is to get some more treatment. It is not really advisable to settle your case until … 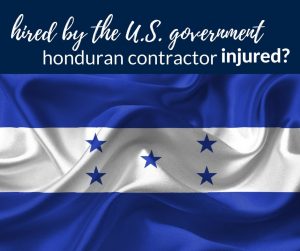 Honduran Contractor Hired by U.S. to Work in Iraq or Afghanistan

Honduran Contractor Hired by U.S. to Work in Iraq or Afghanistan Read More »