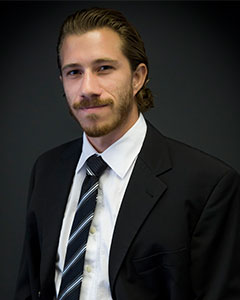 Mason Mermell has worked for The Law Offices of Gillis, Mermell & Pacheco, P.A. since 2010, and as an associate attorney since 2017. Mr. Mermell has also worked on the defense side of the DBA/Longshore claims as a law clerk for a very well-known New York defense firm in the summer of 2015.

Mr. Mermell always puts his client's rights first and foremost in everything he does. He has established strong relationships with opposing counsels, claims examiners, mediators, and doctors. Through these strong ties, Mr. Mermell has developed an efficient and productive ability to manage his Defense Base Act and Longshore Act cases.

Mr. Mermell has worked with interpreters from around the world in assisting clients that do not speak English.

We are experienced attorneys with a proven track record of obtaining exceptional results for clients since 1996.

Our Law Firm at a Glance

The Law Offices of Gillis, Mermell & Pacheco, P.A., fighting for injured workers under since 1996

Over 2,500 mediations on behalf of injured workers

Over 3,500 claims of injured workers under the Defense Base Act and the Longshore and Harbor Workers’ Compensation Act

Over 60 years of combined attorney experience in assisting injured workers

Over 6,000 claims filed on behalf of injured workers

You can rely upon our experience, knowledge, expertise and commitment to get the job done on your DBA case. We are ready to go to work for you today!